If you haven’t already done so, hightail it over to PigeonBike Press to snatch your copies of RL Raymonds’s feature release Sonofabitch Poems and Milner Place’s new chapbook collection Joe & Maisie Fay.  While you’re there, also be sure to browse other PigeonBike titles like Penn Kemp’s Helwa! and Beyond The Broken Bridge that are guaranteed to wet your whistle.  Still crave more?  Take a tour of Epic Rites Press and subscribe to Tree Killer Ink, their flagship print magazine that comes bundled with titles from John Yamrus, Mike Meraz, and Mike Taylor.  Point and click your way into their online store and grab new releases from Rob Plath and Jack Henry, as well as previously released works by Karl Koweski, Jason Hardung, and Todd Moore.  Buy a title to stuff a stocking or throw at an enemy, either way thanks for supporting independent presses! 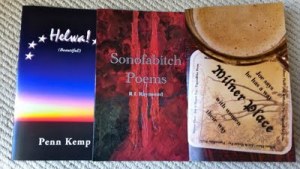 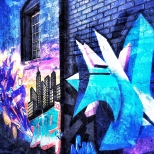